October is Breast Cancer Awareness Month and my friend Michelle Hanton OAM is back on the podcast as a breast cancer survivor and also co-authored of a book.

Internationally Abreast – Exercise as Medicine
a story of hope and courage.  Breast cancer is an insidious disease. Yet, among those diagnosed is a global network of breast cancer paddlers congregated together, grasping the paddle firmly between both hands and living life to the full.

Michelle shares in our conversation her side of the story, her diagnosis and

I think that the key thing that needs to be said is:

no matter what the diagnosis, where there is life, there is hope, no matter that diagnosis. It is tough, but for as long as you're alive - which is what the stories show - there's still good living to do.

This is an important podcast episode, if you know someone that is affected by breast cancer, either diagnosed or knows someone who is diagnosed, please share this episode with them, help spread the message of hope and empowerment

Help me grow my podcast

by going to Apple Podcasts and write a 5-star review. This way more people will find this podcast and can move from chaos to peace in their life and business.

Michelle possesses an exceptional ability to create positive change for both business and communities a testament to her talent is the numerous articles, podcasts and TV programs, including “Australian Story – In the Pink” in which she has featured. Now she co-authored a book called:

Internationally Abreast – Exercise as Medicine a story of hope and courage.  Breast cancer is an insidious disease. Yet, among those diagnosed is a global network of breast cancer paddlers congregated together, grasping the paddle firmly between both hands and living life to the full.

This is the story of the 25-year growth of what is today a worldwide movement sparked by a trial conducted by Dr Don McKenzie, a sports medicine specialist at the University of British Columbia (UBC), Canada, in 1996.

About the co-author
Eleanor Nielsen, diagnosed with breast cancer in 1989 at 51, underwent a mastectomy and chemotherapy. Retiring as National Director of Programs for the Canadian Cancer Society in 1991, she became the founder of Dragons Abreast Toronto in 1997. In 2004 Eleanor started the Ontario (now Central Canada) Breast Cancer Dragon Boat Network. She was honoured with the Governor-General’s Caring Canadian Award in 2009. 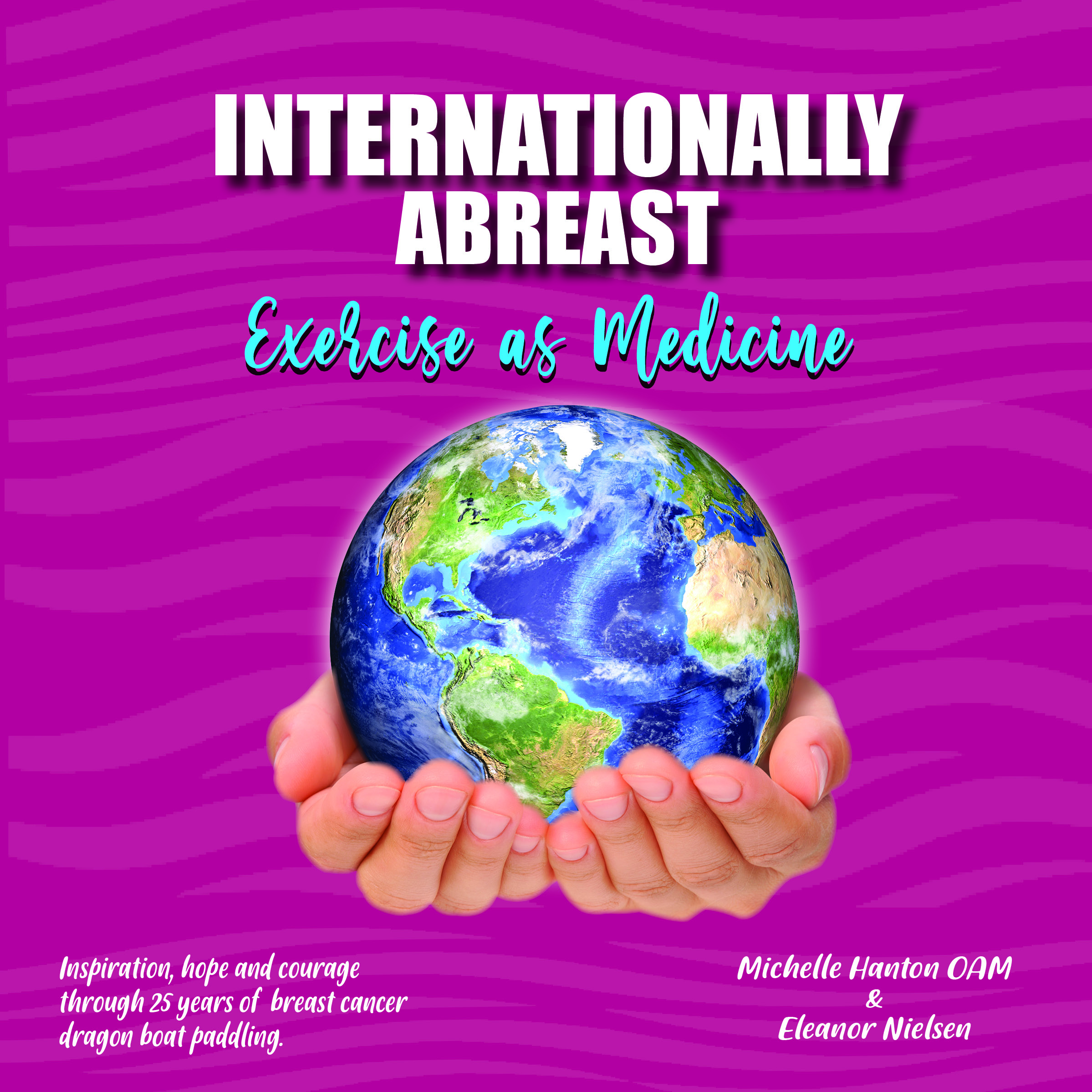 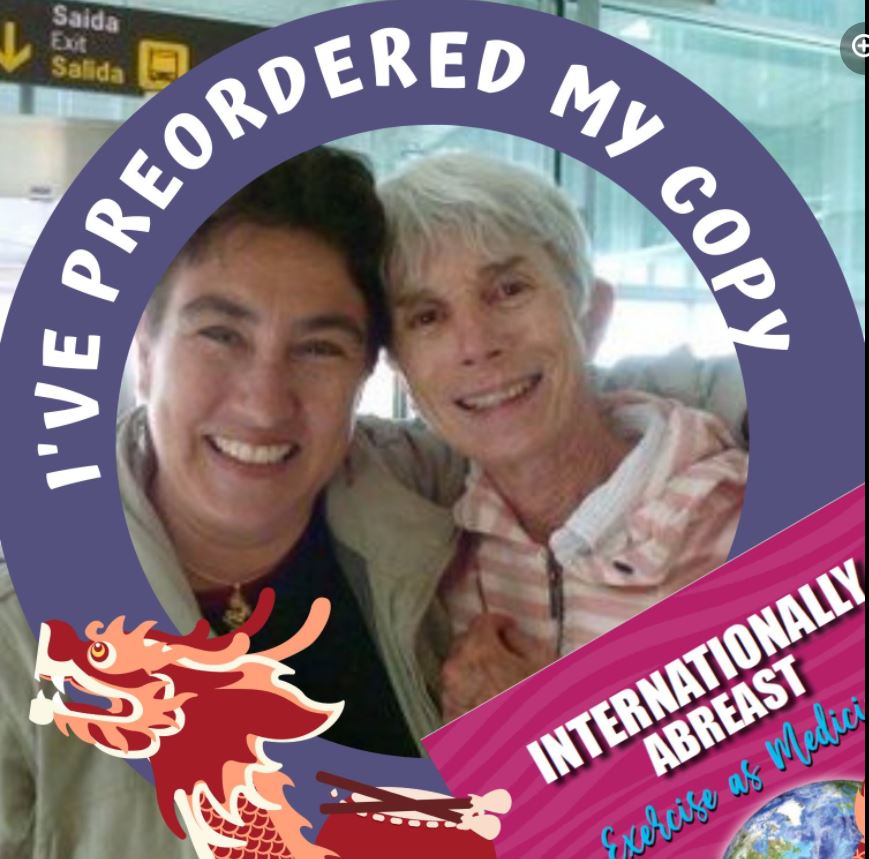